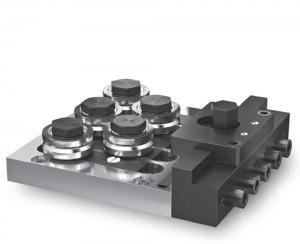 By using new materials and new standard parts, multiple usage of single parts and a high developed assembly and production,  the new straighteners RT and RTS series stand for the performance. They are available with 5 or with 7 individually adjustable rolls.

Because the straighteners RT and RTS series have the same basic frame in terms of size and straightening range and, as the designs do not use pinned roll adjustment spindles, RT straighteners can be converted to RTS straighteners at any time. That means that also the customer can choose to upgrade to the quick opening/closing mechanism at any time.

All the RT and RTS models cover a wire size range between 0.1 and 9.0 mm. In total eight unit sizes are offered.